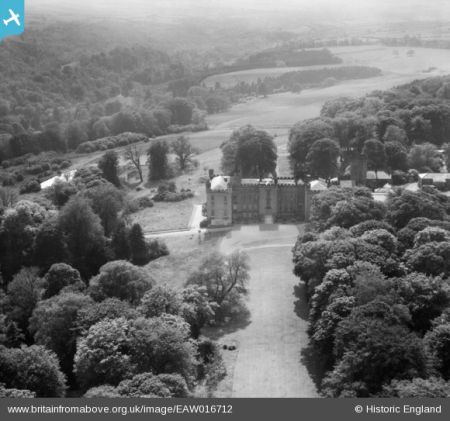 Recent research (Turnbull and Wickham 2022, 213-7) shows that the owner consulted Thomas White in 1784 and he produced two improvement plans. The first dated 1784 covers almost the entirety of the estate (c. 20 square km) with new plantations in the extreme south and north. Around the then Mulgrave Hall were large areas of open parkland surrounded by plantations, together with a new walled kitchen garden. Early the following year, White produced another plan that concentrated on the area around the hall and increased the plantations from the earlier plan. Although White was paid for these plans, there is no evidence he had any further involvement. Instead Lord Mulgrave engaged the services of Adam Mickle as an 'overseer' presumably to implement White's design. Although the proposal for the siting of the walled kitchen garden was not carried out, White's suggestions for the parkland and plantations were largely implemented.