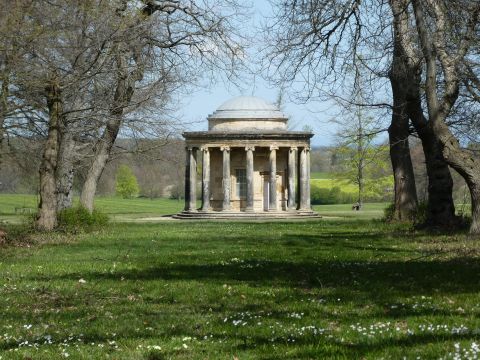 The Grade I listed 18th century house, was probably designed by the owner Robert Benson, first Baron Bingley. in the Palladian style after his grand tour and has remained in the ownership of his descendants since. After the AGM, David Jacques gave a talk entitled ‘The Great Formal Layouts of Gardens and Parks 1610-1740’.

After lunch there was a guided walk, led by Nick Lane Fox through the geometrically laid out pleasure grounds of paths running between high clipped beech hedges, water gardens and ornamental garden buildings.